To help you plan any upcoming travels in the region, we’ve put together our spending vs original travel budget for backpacking South America for the first 6 months of our trip. This covers Uruguay, Argentina, Chile, Bolivia, Peru and Ecuador.

Once we got to Colombia, we had our first parental visitors, and since they were set on travelling in a bit more style than we were used to, and also offering to pay for some of the food and experiences we had, our budget tracking got kind of messed up. However, we have written a guide to the cost of living in Colombia for those interested.

After reading our first 6 months of travel budget for backpacking South America write-up, you may also be want to have a look at: We didn’t set off on our travels on a super tight leash, since we had been saving for a while, and planned to find freelance work later down the road. Both of us left the UK with £9000 each budgeted. Those savings lasted us until we reached Colombia, 9 months into our trip, but by then we had started to take remote work projects in brand consultancy, so we didn’t have to worry about cash flow so much.

2020 update: in the end, I returned to the UK after 26 months with more in savings than when I’d left to go travelling. Cue Smuggo McSmugface. See my details of the income streams I used to fund my travelling here.

One thing that helped us keep our travel budget for backpacking South America low was that we were slow travelling. For the first few months, we would usually spend at least 5-7 days in one place. If you have a small amount of time and you’re trying to cram in as many destinations as you can, the extra money needed for flights, more reliable transfers and tours that you book online ahead of your arrival are going to create a need to greatly increase your budget for backpacking South America.

In addition to this, the Revolut app has made it easy to keep track of the spending on our card (and to watch the IVA tax refunds come in!). Revolut has been great in giving commission-free foreign exchange. It gives up to £5000 in card transactions without any fee and up to £200 cash withdrawals without a fee. After that it’s just 2% per withdrawal, no different to UK banks being used abroad. Don’t forget to check out our list of South American Bank ATMs that give free cash withdrawals to Revolut cards. 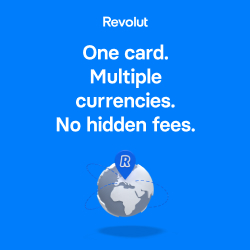 Budget for 4 weeks in Uruguay

Although the country feels expensive, it was actually easy to fit into that budget without missing out on anything. Granted, we’re not avid sky-divers, and we don’t have a taste for expensive wines, but by keeping a close eye on what we were spending and skimping on the odd hostel-kitchen meal, we were able to treat ourselves when we wanted to.

Meal-wise, an average dinner for two with a beer would cost around £20. Note that beers are mostly served in litre bottles here, so you’re expected to share. Cooking supermarket food for two people, you can easily make £15 stretch across 4 meals without skimping too much. Pasta and rice are cheap in Uruguay, as is meat, but veg is relatively expensive. Imported alcohols such as Patagonia beer or Captain Morgan rum are much more expensive than their native counterparts, but still cheap enough by UK standards, so still fit nicely into our budget for 4 weeks in Uruguay.

Our accommodation in Uruguay was mostly private rooms with private bathrooms. We were prepared to dorm it up but found that the price difference for 2 dorm beds vs private double was usually not worth losing sleep over (ba-doom-doom-tsch). We thought dorms would be needed to make friends, but in our experience the easiest conversations are struck up in common areas.

Only one hostel went over £30 (El Viajero, MVD, £31), but included a decent breakfast so we weren’t too fussed. Our cheapest accommodation was glamping at Patas Negras in Punta del Diablo for £11 per night for both of us. However, bearing in mind the far out location and the ‘experience’ of using outdoor showers and dry toilets, this price was probably quite just.

Most consumer goods cost around the same in Uruguay as the UK, but strangely shampoo and conditioner are seriously expensive here (minimum £5 for a very small bottle). There must be some odd import taxes applied in Uruguay as surrounding countries seem to have normal pricing for these items. Make sure you stock up on these before visiting. Not something we expected to have to consider in our budget for backpacking South America!

Budget for 5 weeks in Argentina

Whilst slightly less pricey than Uruguay, you still need a fairly chunky travel budget for backpacking South America if you’re planning to survive long in Argentina without missing out on too many experiences. Whilst Buenos Aires was the most exciting city we’d been to so far, we recommend that if you’re on a budget you don’t stay too long, as the cost of living there when coupled with the party lifestyle can quickly rack up.

Eating in, bunking up and opting for public transport over taxis can of course minimise your costs. We also saved a fair bit of money doing tours ourselves (such as the Sierras in Cordoba and Mendoza wine tour), and although it took more effort on our part, we loved the freedom of it.

In the capital, you can find meals for £6-7, but the average price for food in Buenos Aires will be around £10-12 per person (saying that, the Argentinian economy is particularly volatile so these prices may all change by next year). Outside the capital, £6-8 per person is normal for a decent dinner. A beer will cost you 80-100 pesos (around £4).

2020 UPDATE: Since writing about our spending during our trip, the Argentinian economy has indeed gone tits up (again), so prices for foreigners have essentially halved. Expect there to be more hassle with getting money out of the already tightly-limited ATMs though.

Budget for 4 weeks in Chile

Our original 4-week budget for backpacking South America’s skinniest country was £450 a week, so £1800 for the month. In total, we spent a little more than £2000 for the both of us during just over a month in Chile, living pretty well.

Everyone travelling from the North of Latin America, having hit the cheapness of the likes of Colombia and Bolivia first, complains about how expensive Chile is, so we were prepped for a slam on the old bank account. However, having come from Argentina and Uruguay, we were pleasantly surprised at how cheap Chile felt.

In the majority of places in Chile, you can find good meals for £5-7. A litre of beer in a bar will cost you 3000 pesos – just over £3. The hostels we stayed in (excluding New Years because things get pricey everywhere around that time) cost between £10-15 per person. More importantly, you can get a decent bottle of wine (or a few) for £2 each.

Budget for 4 weeks in Bolivia

Bolivia is the cheapest country we’ve ever been to. Meals cost 10 Bolivianos – £1 – for two courses (even if you think you’re just ordering a main, you’ll normally be brought a noodle soup to start). You can find good dorms for around £5 each per night and even a swanky, gated apartment in La Paz only cost us £15. For buses, the general rule is £1 per 1 hour, but be warned that the quality of buses is much lower than in surrounding countries, so it’s not really the bargain you first thought – it’s more like paying for your own minor torture experience.

Even with the £120 cash stolen in Torotoro and £100 spent on replacing our nicked speakers, we still came in under our budget for backpacking South America’s cheapest nation. Not counting these mishaps, we spent around £1400 for both of us over 4 weeks, including £300 on the salt flats tour – yes, we got ripped off online!

Budget for 4 weeks in Peru

Transport is a tiny bit more expensive in Peru due to the big spike in the quality (of course, shite buses are still available but why bother when the quality ones still don’t break the bank?). We travelled 22 hours on a luxury Excluciva bus with dinner and a full 180-degree cama bed from Lima to Máncora for 120 soles – less than £30 each.

Our biggest hit to this part of our budget for backpacking South America was on guided tours & excursions, which previously we hadn’t made a habit of going on (with the exception of the Uyuni Salt Flats and Death Road in Bolivia). Still, we only spent around £200 each in total on organised tours, which included trips to Rainbow Mountain, Machu Picchu and the floating islands of Los Uros.

Budget for 3 weeks in Ecuador

You can still find lunchtime Menu del Días in Ecuador for $2.50-3 USD which will normally include a soup, main and drink, sometimes a pudding too. As always, dinners are a little more expensive; expect to pay around $5 for a decent meal. Beers will cost you $1.50-2. Good hostel accommodation can be found for around $10 each per night. The cost of travel in Ecuador is really not as bad as everyone makes out!

Summary of our spending vs budget for backpacking South America:

Now that you’ve reached the end of our first 6 months of travel budget for backpacking South America write-up, you may also be interested in reading:

Liked this post on our first 6 months of travel budget for backpacking South America?

Save it as a pin on Pinterest to be able to find again later!

How I funded 26 months of travel: Saving hard & making money on the road

Learn from our travel mistakes